Managing Conflict: What Planet Are You On? 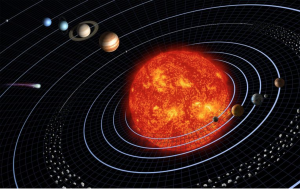 Marlee, my 11 year old niece, sent me a picture of her science project on the solar system. As I looked for a way to describe the wide range of styles for managing conflict, her picture offered a perfect metaphor.

Imagine the sun being CONFLICT, the good and the bad. It is hot, powerful, intense and we depend on it for survival. The Mercury and Venus types among us, closest to the sun, are very cozy with conflict – they thrive on it. They are the prosecutors and debaters. Armed with strong verbal skills, they are quick, persuasive, and hard-driving critical thinkers. Conflict huggers, comparable to Mercury and Venus, pursue drama in their lives and love to “stir the pot.”

Earth types feel the heat, but do not fear conflict. They line up their facts and listen intently to adversity. Earth types are able negotiators too. They appreciate how different perspectives promote creativity and personal growth. Alert to flare–ups and other signs of conflict, Earthlings snuff out sparks of conflict before they become dangerous.

Martians, farther away from the sun than Earth, are not as proficient with conflict. They stuff their emotions and try to get along so as to diffuse disagreements. They prefer to mediate rather than meet conflict head on. Some have passive-aggressive tendencies− the unpredictable volatility makes others want to tread carefully near their orbit. This is a trait one might associate with the orbit of a “red” planet.

Then, in our solar system, as in real life, there is a BIG gap. We come upon Jupiter, a large slow moving planet. Jupiter types avoid external conflict; it has enough turmoil on its own turf. They will approach conflict reluctantly because they are awkward with it. They deflect conflict with bravado, an over-bearing presence and feigned optimism (Hey, what conflict? We’re all good here, right?) Jupiter types may stonewall, engage behind the scenes, or step in clumsily if the Earth/Mars folks can’t get the job done.

Saturn, with its many moons to distract it from conflict will, along with the Neptune types, please, appease and keep their opinions private.

Uranus-types, very far from the sun but still in its orbit, call in sick, put off performance reviews, and hate meetings. They will do anything and everything to avoid confrontation.

Pluto (a ball of ice considered to be a “dwarf planet” rather than a full-fledged planet) has an eccentric orbit compared to the other eight planets. Folks who cling to this sort of path freeze in social situations and prefer to be reclusive. They isolate themselves and find interactions of any sort, including confrontation, highly reprehensible.

Where do you stand in the solar system of conflict? Perhaps your job or family situation requires a more flexible orbit that wavers between Venus and Jupiter?

Is it possible to change? Nature says “yes!” If the Sun and Earth were the only bodies in the solar system, Earth’s orbit would have a constant shape and orientation in space. However, because the planets exert a pull on each other, orbits change slightly over time, even Pluto’s!

It is helpful to know your style and the styles of those around you. If you can exert some gentle pull, if you can demonstrate a positive change in the way you manage conflict, others may move with you, slightly over time. 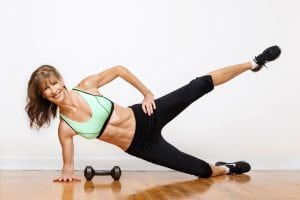 “It takes more than courage to be an Entrepreneur, it takes CORE.” Find out more.